On the last day of 1967, the radio announced the sad news ” On 30 December 1967, on his way to work, Gustav Havel, a factory rider of Jawa, crashed near the Bohemians stadium. Today, Gustav Havel, a deserved sports champion and representative of the Czechoslovakia, succumbed to serious injuries sustained in Vinohrady Hospital. The Czechoslovak road has suddenly lost one of its greatest riders. After the tragic accident, the then board of the Automobile Club Hořice decided to honour his memory and asked Mrs. Eli Havel for permission if the race could bear his name permanently. 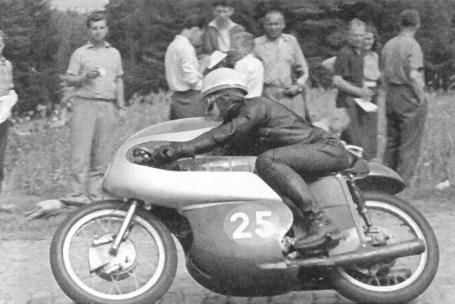 Since 1968, the races in Hořice have been held under the name “300 turns of Gustav Havel” and they are also listed annually in the international calendar. Hořice will always be associated with the name of Gustav Havel, for whom “Zátčky” was a race “to his taste” and where he liked to race… He visited Hořice quite often with his family because he had many sports fans, friends and comrades here. Who is Gustav Havel? One of the legends of Czechoslovak road racing in the 50s and 60s. A likeable man, a motorcycle racer who was in the shadow of our best road motorcycle rider František Št’astný his whole sporting career.

He first stood at the start of a race in 1949 in Prague. He rode to second place in the so-called catalogue motorcycle races, but had a crash. His first mechanic and manager was his brother Jiří. Together they built several road racing motorcycles, and as a trained engineer he was close to this. In 1952 his dream came true, he became a factory rider for Jawa and later was selected for the national team for road motorcycle racing. As a representative he achieved a number of outstanding results. His best result was 3rd place at the end of the 1961 season in the 350cc class in the World Championship. In 1963 and 1965 he finished 5th overall in the World Championship. His greatest achievement in the former Czechoslovakia was the Grand Prix of the Czechoslovakia in Brno in 1963, where he won two volume classes and finished second in one.  His collection also included six CSSR championship titles. As a driver he competed in over 250 races in various classes and won over 70 victories. 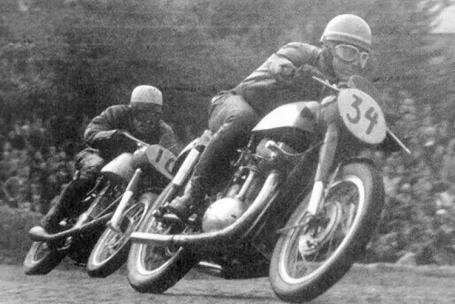 The circuit in Hořice, where, as he said himself, one curve follows another, was a highlight of his taste. Gustav Havel appeared for the first time at the start in Hořice on 24.6.1962, when the 2nd edition of the race 300 turns was held. He won the 350 cc class on a JAWA 350 OHC motorcycle. A year later, during the 3rd edition, he again won the golden wreath for winning the same class. Gusta didn’t like to remember the 4th edition, he led the race until the last lap, here a motorcycle failure took him out of the race. Nevertheless, he was classified in fifth place because he pushed the motorcycle to the finish. On the ninth lap of the race, he managed to set a best lap time of 2:53.4 minutes, which corresponded to an average speed of over 107 km per hour. This record lasted until 1973.

A year later, he fixed his appetite and won his class of three hundred and fifty again with a start-finish style. Gusta drove as he used to: calmly, stylishly polished and with great insight, F. Št’astný said after the race.

Despite the cold weather, the sixth race was also a winning one for Gusta, although he was chased from the rear positions by František Šťastný on a half-litre Jawa. The latter started with a stronger motorcycle without claiming the classification from the last row.

In 1967 G.Havel and his teammate František Šťastný did not have factory Jawa motorcycles ready.  Gustav Havel did not enter Sunday’s race of three hundred and fifty.  F.Št’astný finally competed with an older version of the four-stroke ČZ without much result.

In 1967 G.Havel finished the World Championship in 13th place, the National Championship in 3rd place with a ČZ motorcycle, because there were simply no factory Jawa motorcycles. Unfortunately, the next year this popular rider did not appear in Hořice.